Seville’s Espacio Santa Clara, the usual venue for the conference, will once again host an attractive program of lectures, panels, public interviews, meetings, networking sessions, cocktail parties and other proposals exclusively for professionals and artists from November 17 to 20.

What does PRO Accreditation include? 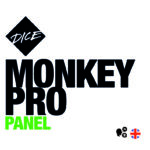 Raise your hand if you haven’t dreamed of this profession. The music supervisor is considered one of the appealing jobs in the audiovisual world. Listen to music and get paid to put it in a movie, a video game, a series, or an advertisement? Where do I sign up for that? The truth is that being a music supervisor calls for much more than knowing the perfect music for a given scene, or how to set the tone for a visual story using songs. We unravel the ins and outs of this “in” job with the people that had you using Shazam during “Homeland” and “Suicide Squadron”, dancing during each H&M campaign on your sofa at home, and discovering a certain Perfume Genius in a Prada ad.

With a Little Help from my Friends: Scenergies + Venues From The Future

Among the sectors hit hard by the pandemic, two very specific ones continue to fight tooth and nail to stay alive: concert halls and cultural centers – especially those that, due to their size, lie far from the mainstream. What role do small venues play on today’s geomusical map? Are they considered generators of cultural and economic wealth in the areas surrounding them? Is it possible to write a good practices guide that contributes to the sustainability of music venues during trying times? We sat down face-to-face with representatives of two of the European platforms for cooperation between small concert halls and venues so that they could answer these and other questions. 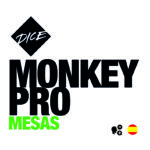 Forget about filling stadiums; be featured in the next Netflix series, and you’ll be world famous. But musical synchronization has not only become a quick vehicle to stardom, it’s also one of the most attractive sources of revenue for an industry whose health cannot – and should not – depend solely on the proceeds from live shows. But is all that glitters gold? Is a synchro always good business? If you want to know how to get the highest possible profits from the only commercial transaction in the business world that has a built-in soundtrack, pay attention to our anatomy lesson: we’re going to dissect a synchro for you with the best possible surgeons.

Friday 19 – Times to be confirmed 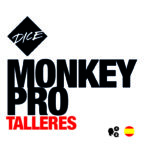 Yamaha will provide us with a workshop, specially designed for musicians, with everything you need to know to broadcast your content in live streaming. Equipment, software, accessories, and the best tricks so that your online shows have a better chance of success.
The workshop will be given by Javier Díez, member of Mägo de Oz, who in 2020, during confinement, began to broadcast musical content via streaming, and took advantage of the live fever on Twitch to create his channel, always with the dissemination of sound and music as a goal.

Saturday 20 – Times to be confirmed

The Sevillian school ProAudio will offer a workshop where to acquire the knowledge to integrate Ableton Live software in a live environment in band format. During the workshop, taught by David Surex (founder and director of the school as well as Ableton Certified Trainer), some devices designed for such purposes will be shown, along with interesting exclusive features offered by Ableton Live, such as Tempo Follow, Warp or Looper. Any band and any musician will be able to learn first-hand useful ways and means to use Ableton and build an even more powerful live performance.

Attention: NFT is not a professional football league

Today there are more than 50 platforms dedicated exclusively to NFTs in the music world, almost all of them created in 2021, and at least 20 in the last three months (data collected in October by Cherie Hu, an illustrious guest at the last online edition of this festival). Are we looking at the future of music and consumption, or a passing fad that will disappear before we fully understand it? As they would say at Jenesaispop: Revelation or Scam? What do we know about cryptocurrencies and blockchain and their applications to the music industry? Our guests are professionals who know all about this, and also about independent music, and they will explain it very clearly, don’t worry.

They are also “survivors”, but they don’t appear (as much) on TV

Since March 14, 2020, when the “state of alarm” was decreed in our country, the music industry – like so many others, many very different from each other – has reinvented itself as events have unfolded, demonstrating that there is no better way to survive than through creativity. Today we don’t want to lick our wounds, but rather speak out, loud and clear, to let everyone know that we’re alive. For this we invited different faces of this same body moved by live music – an artist, a promoter, a manager, a concert hall, a large venue and a ticket seller – to share with us that joie de vivre and how the hell they continue to hang in there, hungrier than ever.

An immortal genre if there ever was one, flamenco both resists and succumbs to the pull of orthodoxy and the siren songs of the heterodox, merging with other styles, then clinging to tradition, travelling to new territories before returning to its traditional peñas, the classic venues. Few classes of music feature the constant, electrifying duality that defines flamenco. With the emergence on the scene of new voices who are brave, even audacious, open to both collaboration and experimentation, will we bear witness to a whole new kind of flamenco in the near future? We spoke with three of those lucid, contemporary voices to understand this gem of Intangible Cultural Heritage of Humanity during a time when transience prevails and we are short on humanity.

It must be something inherent to our culture and to the way we are raised, but we have a tendency to not see what is right next to us. It happens to us with France, but perhaps it’s even more unforgiveable with our next-door neighbors to the west. Until that long-awaited moment arrives when Portugal and Spain manage to unify their music circuits, establish solid alliances and – why not?- turn out hits that triumph on both sides of the border, we do our small part with this meeting featuring three of the figures most knowledgeable about the Portuguese independent scene, who do their work, to paraphrase Madredeus, “não muito distante”.