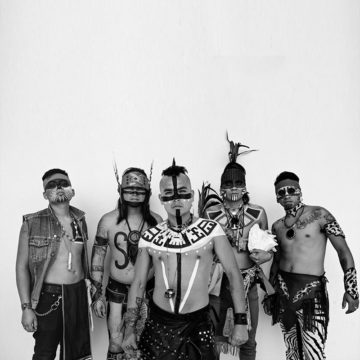 Five brothers from Nezahualcóyotl, Mexico’s most densely populated municipality, also known as Ciudad Neza, make up Los Cogelones. And, like their hometown, their music is a melting pot of contrasts, taking genres like punk and rock and mixing them with the traditional instruments of their country. They call it “Experimental Mexican Rock”, fusing, without batting an eyelash, psychedelia galore and ancestral sounds in a concoction that is hard-hitting and exudes pride in their heritage.